When you shoot pictures in SHADE, be aware that the eye color may look dark.

Create a catch-light in the subject’s eyes with a small reflector, such as a dulled mirror or the silver side of a CD, to add a bit of glimmer to them.

Happy Birthday Jennifer!  Here is a creation I made for you from the day we went to Grounds For Sculpture.  That was a fun day!

Wait for the sun to come out and take your snow pics. You will find great depth and definition in the morning hours.

This photo was taken last year at 9:25 am in early February.

Posing for the teacher!

If you’ve taken my beginner camera course, remember to set your camera to S or Tv, set your shutter speed above 1/60, check that the fstop is not blinking or LO.  Then set your+/- exposure scale to +1 to compensate for the snow.  Otherwise your histogram will be dark.  Try all kinds of shutter speeds.  Today’s ISO #.  Try 400-800 (it isn’t too bright out there).  Good luck!  If anyone wants to join me for a snow workshop late tonight, call the studio. 215 672-5686.  Here’s one I just manipulated in Photoshop that I took this morning. 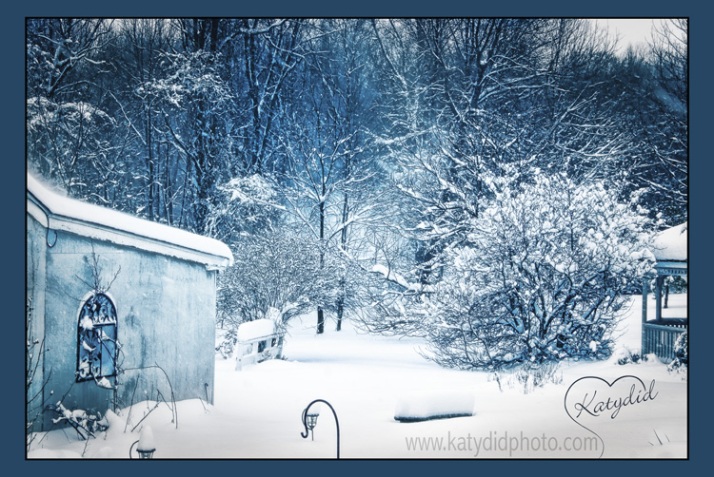 How quickly the camera reacts to light is known as the speed.  Digital cameras often have several speeds available, known as “ISO” settings, which can be chosen manually or automatically.  ISO stands for the International Standards Organization which developed a system for film where a 200 ISO is twice as fast (i.e. it reacts twice as quickly) as 100 ISO.  (You may have also heard of ASA or DIN – these were two other standards which were replaced by the ISO.)

Why not just have a fast ISO?   There is a trade-off between speed and quality. Generally it is preferable to use a slower speed (say 100 ISO) as it gives a sharper image (a finer grain).  But when there isn’t enough light (indoors or at night), you’ll need a faster speed (say 400 or 1600 ISO) and will have to suffer it’s less-distinct image (coarser grain).