Students…It’s Halloween.  Set your camera to portrait NIGHT MODE on the scene dial.  Be very steady. This is a great way to capture the halloween witches and ghouls tonight with lit pumpkins behind them.  You will find that your flash will illuminate your subjects properly (within 12 feet) while your shutter speed will be slow enough to pick up the pumpkin lights.

If your camera allows you to set your ISO in this mode, make sure to set it high (try ISO 800 or 1600). This will help your pictures from having movement as long as you are steady. If you own a tripod, set it up at your front door and your photos should have no problems with movement as long as your subjects are still.  The best time of night is before the sun goes down completely for this night mode setting. 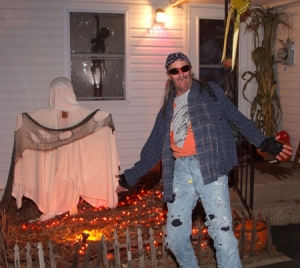 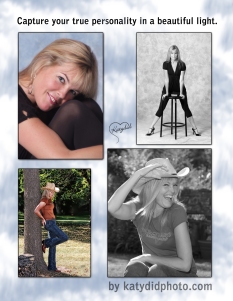 A lens with a wide aperture is best to capture the dim light coming from the stars and allows for a shorter exposure time and ISO.  However, it also results in a shallower depth of field, so striking a balance here is key.  Start with f4.o and tweak from there.  Any focal length lens will work, but keep in mind, the higher the zoom, the movement of the stars will be more exaggerated (see below). Also, You’re going to have to get familiar with some of your camera’s more advanced settings.  One is “mirror lockup”, which locks the camera’s internal mirror in the “up” position in order to reduce camera vibration and increase image sharpness.  Also, become familiar with your camera’s timer function, or use a remote shutter release.

Star Trails – Capture the movement of stars as they rotate in the night sky. This requires a very long exposure – sometimes up to an hour or more.

Good Luck and have fun!!